Looking for great trophy Duiker hunting in South Africa? We have some of the most affordable and the best Duiker hunting available in the entire country. 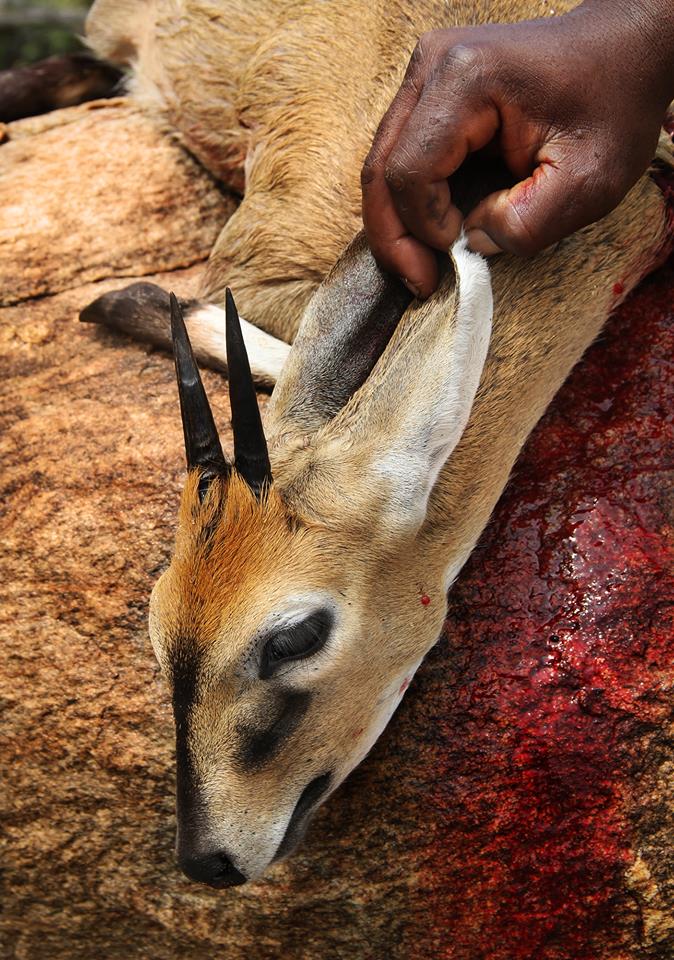 What is the cost of a Duiker hunting safari in South Africa? For the 2023 hunting season, our trophy fee for Duiker is $335.

Contact us today to book your Duiker hunting safari in South Africa.

What is a Common Duiker? A Duiker is a small antelope that is found across most of eastern South Africa. Though there are several different types of Duiker, we only hunt the Common Duiker. We primarily conduct our Duiker hunting on our main hunting area in Limpopo Province.

Full grown Duiker stand about two feet tall at the shoulder and weigh 30-50 pounds. Their coats are mainly brown, but they have a little bit of white on their bellies and neck along with some black hair on their face on their muzzle and near their eyes.

Male Duiker are very territorial and when a dominant male dies, another will quickly move in and take over his territory. Duiker eat a variety of different foods and their diet varies depending on what is available at the time.

They are also skittish animals and will quickly flee from trouble. Their method of fleeing, where they appear to “dive” into cover, is how they got their name. Because of this, the photo below is a common sight on Duiker hunting trips. 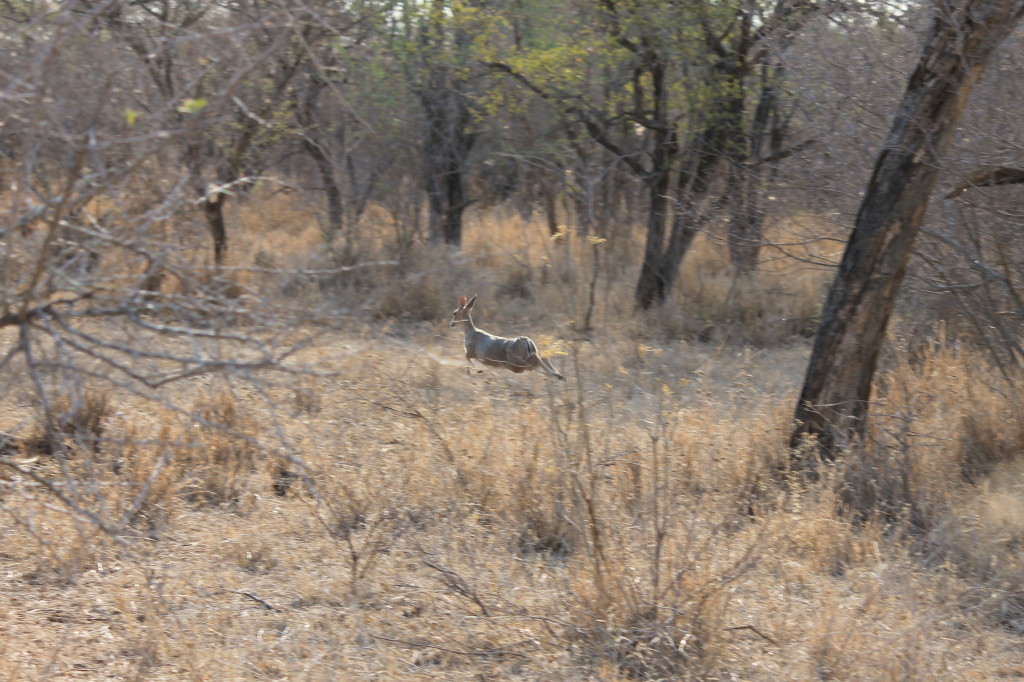 What is the best rifle caliber for Duiker hunting? Because Duiker are very small, dainty animals, their hides are easily ruined by high powered bullets. Ideally, hunters would use lower powered cartridges, such as the .22 centerfires or the .243 Winchester when Duiker hunting. However, perhaps the best cartridge for hunting Duiker is the .375 H&H loaded with solids. This will reliably anchor the animal and cause surprisingly little damage to the trophy. A shotgun loaded with buckshot is also a good choice, due to their skittish nature and the short shooting ranges that are common when Duiker hunting.

What is the best recommended Duiker shot placement? When Duiker hunting, I recommend aiming for the heart and lungs, while trying to avoid hitting the shoulder blade. Hopefully, this will minimize damage to the trophy while still providing a quick and ethical shot. When the animal is standing broadside, aim just behind his shoulder, about one third of the way up the body. 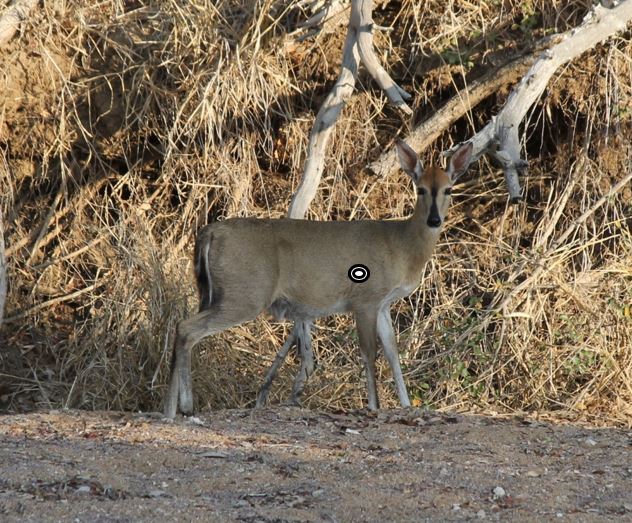 What methods do you use when Duiker hunting? Virtually all of our Duiker hunting safaris are conducted via walk and stalk. Duiker hunts are the most successful in the early morning and late afternoon, when they are most active. The vast majority of our Duiker are taken incidentally while hunting other animals, such as Impala or Kudu.

What is your average trophy size of Duiker taken in South Africa when hunting with you? The average trophy taken on Duiker hunting safaris with us normally measures around 4-5″. Our biggest Duiker ever was a magnificent specimen with horns that measured over 6″ long, which is a once in a lifetime trophy. That particular Duiker was taken on our hunting area in Limpopo Province.

If you’re interested in going trophy Duiker hunting in South Africa with us, please contact us for more information or to book your hunt. 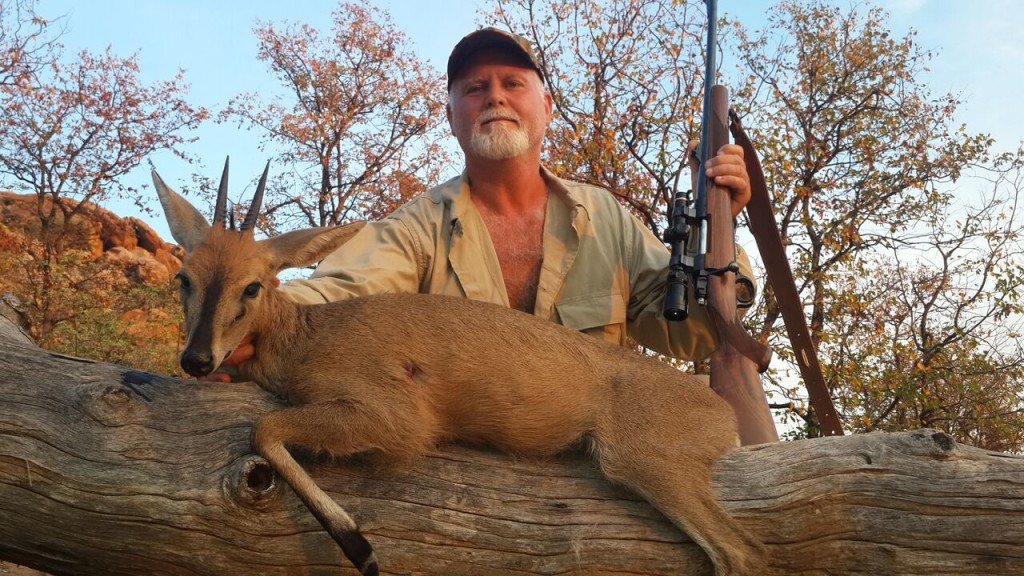 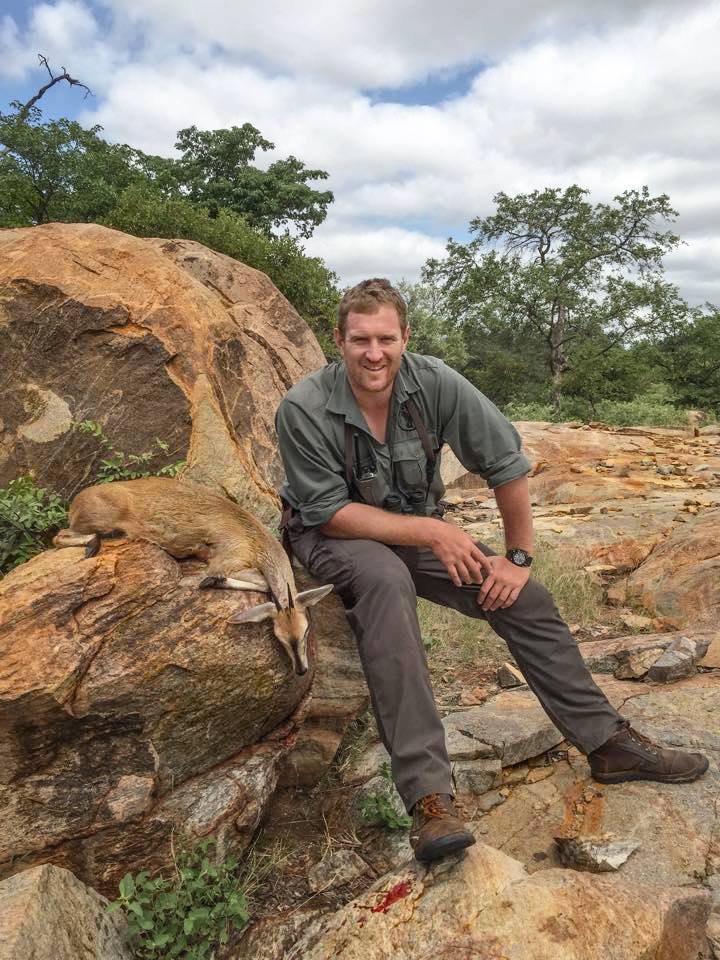